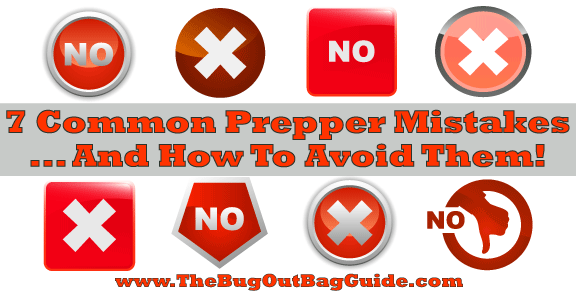 Note: This article was contributed by Dan F. Sullivan of SurvivalSullivan.com.  To learn more about Dan you can see the About the Author section at the end of the post.

Complexity leads to mistakes, not that there’s anything wrong with them; it’s always good to make them because that’s how we learn best. People who make the most are usually the ones that are more committed to their cause and have the highest chances of success.

Let’s see some of the most common mistakes you’re probably doing right now that could prove to be lethal if something serious were to happen right now.

Mistake #1: Not keeping quiet about their efforts

The first rule of fight club is… well, it’s true. People are going to think you’re nuts for preparing because they only think “zombies” and “the Apocalypse” when you try and talk to them. It’s a stereotype that clouds their judgement and it’s difficult to get them to change their mind.

I wrote an interesting piece about getting your loved ones to prepare where I talk about Noah and how we all feel like him when trying to get others to prepare. Noah was the first prepper in history. God spoke to him, meaning he relied on spiritual guidance and went against conventional wisdom and he prepared. He did it despite what everyone else thought of him… 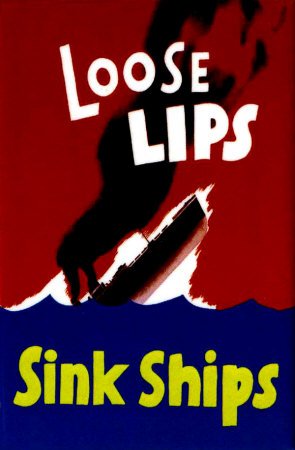 He also did one more thing a lot of preppers aren’t: he got his family on board. He couldn’t have done it without them which leads me to mistake #2.

Mistake #2: Not getting their families on board

I know, I know. There are endless debates on whether or not you should “waste” your times getting your household members to prepare. But hear me out.

When disaster strikes, your loved ones might be the biggest threat to your safety. Whether you need to bug in or out, they’re going to be right there with you and influence the events that are unfolding.

So when your spouse is standing at the door, petrified, when your kids are hiding under the bed, screaming, how exactly are you going to put your evacuation plan into action? Are you going to bug out on your own, leaving them behind?

Of course not. What parent could ever do that? Instead, you’re going to drag them out kicking and screaming, wasting precious seconds and putting all your lives in danger. And even if you do manage to escape, the fact that they don’t even have bug out bags means you’re going to have to share with them the little you have. And that’s certain death, isn’t it?

The key to convincing your family to start preparing is to start small. Don’t talk to them about nation-wide Martial Law, a global EMP event or the Yellowstone erupting. They’ll just want to take a smoke of whatever it is you’re having because, they’ll judge, it must be really good.

A much better approach is to talk about smaller-scale disasters and critical events, such as earthquakes, flash floods, home invasions, assaults, rapes and so on. These are BELIEVABLE and easier to swallow. The whole point is to get them through the door, to have them to make the first step and worry about the rest later.

One more thing, try and talk to them about events that are likely to happen where you live. To do that, just browse the archives of your local news websites; you’ll surely find a lot of horrific accidents that happened less than a mile away from you. 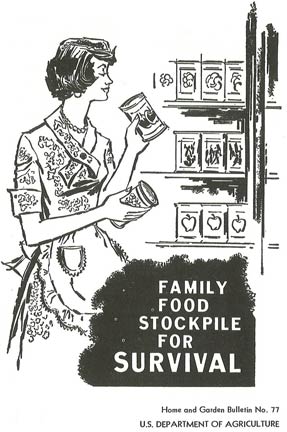 Should you test yourself to find out what you’re allergic to? That’s a good idea but an even better one would be to actually eat from your stockpile. Not a lot, you don’t want to put your life in danger, but rotating your food is something you need to do anyway.

Mistake #4: Not practicing their skills

Reading is not the same as putting something into action. In most cases, when you try something for the first time, you screw it up. Big time.

That’s why you need to start practicing bugging out on every route imaginable, living out in the wild, evacuating in the face on an impending natural disaster, giving first-aid, eating survival food, using guns, defending your home and so on. Camping is a great way to learn survival because it’s a safe environment that will give you a small taste of what it’s like to be out there in the wild.

(Of course, camping and prepping are not even close to being the same thing but it’s a great first step, particularly for your spouse and kids.)

Heck, you can even practice in front of the mirror how you’re going to approach your loved ones to help you prep… because if you don’t sound confident, you’re gonna have a much tougher time. 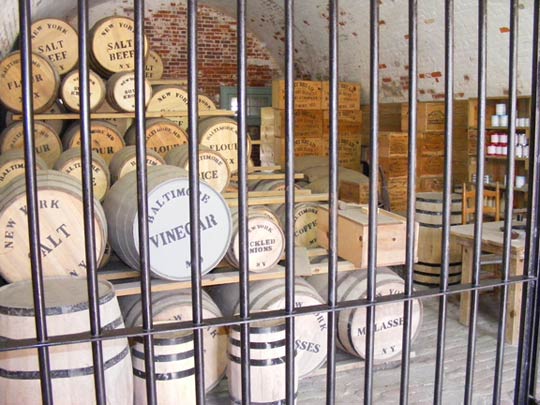 Mistake #5: Putting all their stockpile in one place

Your basement could get flooded. Your house could get invaded. Your bug-out location could be compromised. Never put all your eggs in one basket because if that basket is stolen, destroyed or confiscated… you’re in trouble.

Hide your tools, clothes, food and medicine in various places inside your home, in your backyard, at your bug-out location and in your car.

Mistake #6: Overestimating how much they can carry

It’s easy to get the biggest backpack out there and to fill it with everything you think you might need. Only problem is, there’s only so much you can carry. Consider the fact that you’re going to be on the run for hours on end with that thing on your back. No matter how long you think you’ll last, you’re probably overestimating.

To prove this to you, walk for 2-3 miles with a fully loaded BOB and find out. It can be one of your escape routes to your BOL (bug-out location). Get a stopwatch and find out how long you can walk at a medium-fast pace without feeling the need to stop.

Consider that you may not be the one who needs to take a break; it could be one of your kids. And if they stop, you all have to stop.

Mistake #7: Not preparing for all seasons

A lot of the times, when we prepare, we have this image in our head that Doomsday is going to be on a warm, sunny day. But what if it’s freezing cold and 2 feet of snow outside? Or, quite the contrary, what if the temperatures are going to be extremely high? 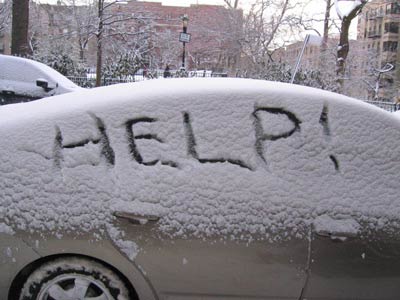 Remember that old saying from Game of Thrones, winter is coming? Winter was no joke before we had all the modern-day conveniences and should never be taken lightly. The cold temperatures might compel people to find shelter and heat, your immune system will be lower, your crops will not grow and so on. Also, consider the fact that a disastrous event could span several seasons or even several years before things would get back to some sort of normal.

OK, that’s it. Those where it: a few of the biggest mistakes a lot of preppers make. You can find your own mistakes (not found in this list) by taking a long hard look at your preps and being honest to yourself. At the end of the day, the best way to discover your prepping holes is to practice everything, to put yourself in adverse situations, to see how you’ll react and then make improvements based on what happens.

Are there any mistakes you see other preppers making?  Have you learned from a mistake that you made?  Please let us know in the Comment Section below, thanks!

Dan F. Sullivan runs SurvivalSullivan.com.  He describes himself as:

My dad was military. My grandfather was a cop. They served their country well. But I don’t take orders from anyone. I’m taking matters into my own hands so I’m not just preparing, I’m going to friggin’ war!